Why we are optimistic about Zionism 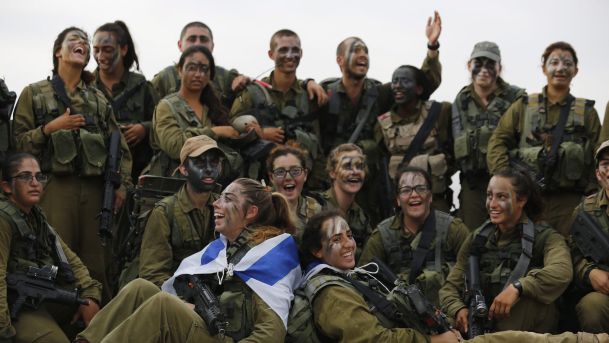 In the face of protracted violence and hostility, Israel’s response has historically been more prosperity and more freedom. It is a global leader in medicine, technology, and innovation—with the most start-ups outside Silicon Valley — and among the freest and happiest countries in the world.

The Middle East is a mess. Terrorism is weakening resolve in the West. The migration crisis threatens to unravel the transatlantic security fabric. Civil society is faltering.

Yet we remain inspired by Israel as it celebrates its 68th year of existence. Why?

The answer is straightforward: Zionism, the movement inspired by belief that the Jewish people should return to the Land of Israel to rebuild their own sovereign state, has succeeded in one of the most inhospitable regions on Earth. And it continues to lead the way as a beacon of moral clarity and success for the West.

Of course, statehood is no guarantee for security, and we cannot perfectly predict fluctuations in the terrorist marketplace. We do not know, for example, whether Iran will decide to break out toward nuclear weaponization today, tomorrow fifteen years from now. What is clear, however, is that western rapprochement with Iran is moving forward, well before either the US or the European Union is capable of outlining an effective contingency plan.

But fears regarding Israel’s survival would be overwrought. The Israel Defense Forces—the strongest military in the Middle East —will remain battle-ready, as they always have been. They will continue to set the standard, morally and militarily, for armies of liberal democracies to operate against sub-state enemies.

Ultimately, Israel will not only survive but thrive. Since its inception, the Jewish state has endured several major wars, waves of suicide attacks, and other traumatic events. Still, Israel’s birth rate is steadily climbing, its economy is punching far above its weight, and its diplomatic ties with Sunni Arab states are growing stronger.

In the face of protracted violence and hostility, Israel’s response has historically been more prosperity and more freedom. It is a global leader in medicine, technology, and innovation—with the most start-ups outside Silicon Valley — and among the freest and happiest countries in the world.

Zionists were not paralyzed by the extraordinary persecution of the Jewish people that marked the twentieth century. Instead, they courageously enlisted in the fight of a lifetime exactly when the challenges seemed insurmountable, and then proceeded to build a flourishing, democratic state.

Increasingly, opponents of Zionism, many of whom face no similar threat to survival, portray as abhorrent Israel’s unique blend of national identity, religion, and loyalty to a land. But expect that to change before long. Americans will react strongly to what are likely to be more Islamist attacks in Europe and on American soil, and the increasingly rabid anti-Western hate emanating from the Arab world. They will see an Israel that is more and more recognizable.

Today, people who have bought into multiculturalism have opted for a terrible long-term investment; it is not a social phenomenon that can be shrugged off. Indeed, the policies that European governments have adopted to stave off excessive immigration are already proving ineffectual, if not counterproductive. Expect to see an accelerated decline in social capital as autonomous Muslim societies within Europe form and grow throughout the continent.

The Jewish and democratic ideals inherent in Zionism will almost certainly outperform, probably by a substantial degree, the dogmatically secular and falsely universal values espoused by multiculturalism. Many European politicians are trying to hastily leverage power before the negative impact of their misguided policies is fully felt. But for ignoring the foreseeable danger—that is, debasing the value of their heritage rather than accepting cultural differences in a pluralistic fashion—they deserve, in the words of Enoch Powell, “the curses of those who come after.”

There is no Mitzvah or religious commandment to bet on the Jewish endeavor. Much larger and more powerful civilizations have come and gone. Nevertheless, we can confidently side with Winston Churchill, who said: “Some people like the Jews, and some do not. But no thoughtful man can deny the fact that they are, beyond any question, the most formidable and most remarkable race which has appeared in the world.”

In the twenty-first century, expect Israel to have a continuing positive, and disproportionate, impact in human affairs. As for multiculturalism, anticipate the further exposure of its dangerously naïve assumptions.