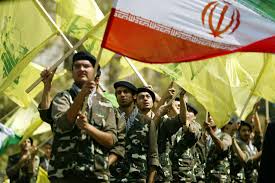 Britain and her allies must understand Israel's position, making clear to Iran and Hezbollah that their campaign of terror against Israel will be met by international condemnation and an acceptance of Israel's fully legitimate military reaction.

The risk of a new major war in the Middle East instigated by Iran, either by accident or by design, has grown exponentially in recent days.

The headlines from the Syrian civil war and the fight against Islamic State have obscured the harsh truth that Iran, animated by its own version of radical Islam, has explicitly sought Israel’s destruction since the Islamic Revolution of 1979. It has backed up its religious fervour with a pragmatic and deadly strategy on the ground. In response, witness how Iran’s menacing actions have already done the seemingly impossible – forging Israel and Saudi Arabia into a tacit alliance. Not only being the main driver behind the civil war in Syria and the conflict in Yemen, we now face a situation where Iran, if left unchecked, will be the cause of a potentially devastating new war with Israel in the region.

Iran’s strategic concept has proven highly effective as the power of the established states in the Middle East has deteriorated. It deploys terrorist proxies drawn from Shia populations across the region – Hezbollah in Lebanon and the Shia militias linked to Tehran in Iraq – the latter so damaging to British soldiers in Basra in 2006-07. Iran uses these proxies to establish a brutal monopoly on power, at a sub-state level, coupled to a strategy of slow but eventual total political domination. In this way Iran expands its ideologically-driven imperialism under the radar, while its propagandists laud the fact that its army has apparently never attacked another country.

Iran’s malign strategy needs to be exposed. The crown jewel in Iran’s regional warfare by terrorist proxy has increasingly been Hezbollah in Lebanon; an organisation built and controlled by Iran. I was part of the High Level Military Working Group that visited Israel last year and we concluded in our report that Hezbollah today presents a very potent fighting force, more capable than many European armies, with over 100,000 missiles and rockets of ever increasing accuracy pointed at Israel. Moreover, it dominates the Lebanese state politically and has successfully taken over parts of the Lebanese Armed Forces to an extent that any future Lebanon war will most likely see any distinction between them vanish as far as Israel is concerned.

Hezbollah's strength today is an indictment of the international community’s failure to make good its assurances to Israel that it would not allow this threat to re-emerge. The UN force in Lebanon has failed. Instead, Hezbollah has been largely left to its own devices in southern Lebanon, hiding its armaments, fighters, command and control and infrastructure among the civilian population there – a potential war crime.

Meanwhile, Hezbollah has run riot in Syria, murdering civilians on a large scale in the services of Tehran’s successful effort to bolster Bashar al-Assad and picking up immense battlefield experience in the process.

It is from these two theatres – Syria and Lebanon – that Israel now faces an intolerable threat that the international community has been slow to acknowledge. Israel is justifiably paranoid that an Iranian controlled Hezbollah, embedded among the civilians of Lebanon, has the capability to hold Israel’s civilians hostage by pointing a huge arsenal of missiles at them. For the same reason, it cannot tolerate Iranian bases in Syria.

In the absence of a concerted international effort to rein in Iran in the region – and no such coherent Western strategy currently exists – we must be prepared to expect Israel to defend its vital security interests robustly. Many criticise the IDF for being heavy-handed but, having quizzed their Chiefs of Staff personally, I believe they would act within acceptable legal and moral standards. Yet the legitimate military objectives Israel would be forced to attack in a conflict with Iran, and its proxy terror-armies hiding among civilians in Lebanon and Syria, would make for a very grave war.

To have any hope of avoiding such a conflict, Britain and her allies must understand Israel’s position, making clear to Iran and Hezbollah that their campaign of terror against Israel will be met by international condemnation and an acceptance of Israel’s fully legitimate military reaction. We should now proscribe Hezbollah in its entirety, ending the farce of our denying a reality that even their own leader articulates – that it is but one organisation, and its terrorism and politics are linked inextricably. If they say it, why don’t we accept it?

As for Iran, the current Islamic Regime will not give up its enmity towards Israel, based as it is on religious extremism; however Iran can be deterred by tougher messaging about the expected cost of its actions – and Israel’s likely reactions.  But, time is running out fast.