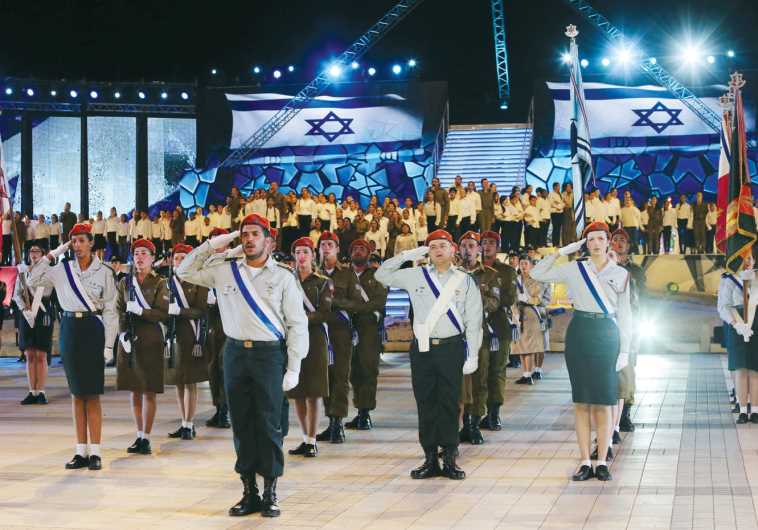 If the Europeans had treated Israel as a regular partner, with its strengths and weaknesses, but fully capable of making its own decisions, the conflict with the Palestinians would have ended years ago.

From a conventional point of view, Israel's security has never been as robust as it is right now. Based on the traditional methodology of the balance of forces —those exercises that compare the advantages and disadvantages, strengths and weaknesses of the armed forces of one country, or coalition, against others—, Israel has never been in a more enviable situation: Not only its army is better equipped and prepared but, above all, its enemies in the form of conventional armies have faded or disappeared completely. The most obvious case is Syria. Israel has previously defeated the armies of its neighbors and would win over them again if it had to face them again.

However, the fact that the balance of conventional forces is clearly favorable to Israel does not justify any complacency, given that there are other forces in the Middle East different from national armies, but as lethal, if not more, than those. Perhaps the most paradigmatic case is Hizballah, a Shia fundamentalist group that the Ayatollah Khomeini’s revolutionary Iran created in Lebanon in the early 1980s. Hizballah is not a traditional armed organization since it combines the lethality of an army with the tactics of a terrorist group, divine inspiration with mundane politics, the political game with intimidation and murder, nation-statehood with a complete lack of respect for borders and international law.

In 2006, Hizballah confronted Israel directly and openly; although the group endured severe punishment, not only has Hizballah managed to rebuild its arsenal in recent years, but, thanks to Iran’s direct aid, it has acquired increasingly precise long-range missiles. Thus, out of the more than 100,000 rockets at its disposal, mostly scattered and hidden in small village homes in southern Lebanon, several hundreds could reach any point inside Israel with the precision required to hit critical facilities. In addition, Iran’s use of Hizballah to prop up Bashar al-Assad’s regime in Syria has certainly inflicted many casualties to the group, but it has also yielded invaluable combat experience. Factoring in the fact that Hizballah’s main mission is to eliminate the Jewish State of Israel, and that the group’s leaders take intense anti-Semitic pleasure in doing it, Israel's security situation can no longer be described as particularly good. Especially if the Europeans insist on the fiction that the State of Lebanon is one thing and the Hizballah organization is something else. This reasoning is increasingly difficult to defend, particularly after the overwhelming parliamentary victory achieved by Hizballah and its acolytes in the recent elections in early May.

Israel also faces a threat that, since the Islamic revolution of 1979, qualifies as existential: Iran. It is true that a conventional war, with tanks and the usual paraphernalia, has not been feasible in a direct way given the geographical separation of both potential contenders. Nonetheless, that physical separation has today disappeared to a large extent. Iran not only has organizations that it uses as proxies for its strategic purposes, but it has also taken advantage of the political chaos in the region to expand its reach beyond its borders. Thus, under the umbrella of fighting against the Islamic State since 2014, Iran has established a military presence in Iraq (incidentally, the current Iraqi government cannot be more friendly towards Tehran,) has mobilized militias both in Iraq and Syria (estimates say that some militias have a force of 50,000 combatants), has sent top military advisers, and the Revolutionary Guard is a permanent and very influential presence in the Syrian army and in groups close to the Damascus regime. General Qasem Soleimani, head of Iran’s Quds Force, has been photographed inspecting his troops in both Iraq and Syria on numerous occasions.

Iran has pursued a strategy of encircling Israel from the north, the south and the east that is beginning to become clearly noticeable. Last week we witnessed the risk for Israel since Iran has come closer to Israel’s borders as never before. Since the war in Syria began, Israel established clear red lines. One of them was its non-acceptance of a permanent Iranian presence in southern Syria. Hence, on May 4, Israel destroyed Iranian-controlled facilities in the south of Damascus, intended to serve as command centers for an eventual attack on Israel and to deny air-striking capabilities. Since that day, it was well known that the Revolutionary Guard’s commanders wanted to retaliate, even over some more pragmatic voices in Tehran. Their retaliatory action was last Thursday’s launching of twenty rockets and missiles against the Golan Heights on May 10. Many described that attack as a reaction to President Trump's decision to withdraw from the nuclear agreement with Iran — also known as the JCPOA. Nonetheless, it seems that was not the case, but actually quite the opposite. The attack was directed against Israel. That is also why Israel immediately counterattacked; it did not hesitate to levy significant punishment against elements of the Quds Force deployed in southern Syria.

Those who saw this warlike interchange as the beginning of World War III are wrong. However, there is no doubt that the physical proximity of the Iranian forces, and more specifically, of its most radical elements, entail very high risks. Although it may not be in anyone’s plans to continue with an escalation with no sure end in sight, we all know that military plans barely stand a reality test and strategic decisions tend to get complicated very rapidly. Hence, those who have the ability to influence the situation in Syria, directly or indirectly, must think about how to achieve Iran’s exit from Syria — the sooner, the better. In the same fashion, the missile factories that Iran is building in Lebanon for Hizballah not only have to be immediately dismantled, but the nations participating since 2006 in the UN mission (UNIFIL II), including Spain, should apply themselves to enforce the UN mandate: Hizballah’s disarmament in the south of the Litani River — something not done, obviously, due to the lack of political will.

Regarding Iran, the good news for Israel is that, after the decision of the American president to withdraw from the nuclear agreement, not only new sanctions will be possible just at a time when Iran’s economy is yielding terrible results, but a strategy for Iran is possible for the first time in many years. Obama's dream of offering more and more concessions to Tehran in order to turn Iran into a normal country has actually been a nightmare for the entire region, from Yemen to Gaza. Far from offering a more moderate stance, Iran has instead been more daring in recent years under the protection and with the money of the JCPOA. Without the United States as part of the nuclear agreement, the situation can begin to change and Iran can be penalized for its destabilizing actions.

Despite of it all, there is an area where Israel is at a clear disadvantage: The defense of its own legitimacy. One just has to observe the multiple international reactions to the defensive actions taken by Israeli forces in defense of their territory, threatened by successive protests in the Gaza Strip. "Peaceful protests", "civilian casualties", "Israel's disproportionate reaction" are the words heard when in reality everything is nothing more than a new way of driving the conflict against Israel by Hamas, the terrorist group that controls Gaza. The marches, far from being peaceful, have been orchestrated and perfectly executed. Out of some fifty casualties, almost forty have been identified as militants of Hamas or other radical groups. The use of civilians by the instigators has been widely proven. The same is true regarding the dissemination of images, manipulated or created ad hoc as part of a propaganda campaign. However, none of it has any public repercussions. Instead of denouncing Hamas for pushing its citizens to take unnecessary and futile risk, Israeli soldiers are denounced for preventing the violation of their country’s borders.

Israel has always believed that making the truth be known would be enough to prevail. Yet, neither did it calculate accurately the amount of evil residing in its enemies and adversaries, nor did it anticipate the extent of anti-Semitism, latent or open, in our societies.

It is not just about what affects the legitimacy of a mature State as Israel, now celebrating its 70th anniversary with a double triumph: Winning the Eurovision contest and the relocation of the American Embassy to the Israeli capital, Jerusalem. If the Europeans had treated Israel as a regular partner, with its strengths and weaknesses, but fully capable of making its own decisions, the conflict with the Palestinians would have ended years ago. Far from bringing the parties closer together and convincing the Palestinians to negotiate on realistic terms, Europe fueled the opposite: intransigence, over-the-top demands, and corruption by creating false hopes, by giving away billions, and by always giving more time to the Palestinians. But, that is a different story that will only end when both parties are ready to sit down with honest intent at a negotiating table.