The Palestinians need to stop living in the past 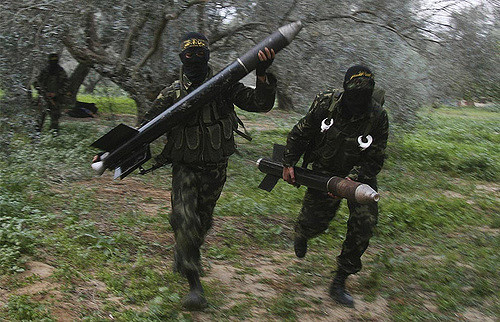 Fanatical irredentism and recurrent intifadas haven't served them well, as the rubble of Gaza shows.

Sometimes it is difficult for a people to face the stark truth about themselves, but the latest Gaza conflict makes it unavoidable: the Palestinians need to get over their historical complaints, which largely date back to the foundation of the State of Israel in 1948.
To listen to some in the anti-Israel movement today – which extends far further into Britain’s media than it should – one might imagine that the Palestinian exodus of 73 years ago was somehow an occurrence unique in modern history. The truth is very different. For all sorts of geopolitical reasons, many groups were forcibly or voluntarily moved during the troubled decade of the 1940s. There were no fewer than 20 different groups – including the Sikhs, Muslims and Hindus of the Punjab, the Crimean Tartars, the Japanese and Korean Kuril and Sakhalin Islanders, the Soviet Chechen, Ingush and Balkars – who were displaced in that period, many in their tens or hundreds of thousands.
None of the specific circumstances are directly comparable. But all of these peoples chose to try to make the best of their new environs except one, and most have succeeded. Some, such as those who emigrated to the United States, have done so triumphantly. The sole exception has been the Palestinians, whose leaders again and again chose to embrace fanatical irredentism and recurrent intifadas regardless of the interests of their people. The rubble seen in Gaza today is all they have to show for it.
The Palestinian militant cadres chose the terrorist path while every other one of the displaced people of the late-1940s chose the peaceful one of moving on with their national stories, looking forward, rather than back to a past that has grown rosier through the distorting prism of hindsight.
After the Second World War, more than 3 million Germans were forced to leave their homes in the Sudetenland, Silesia and lands east of the Oder and Neisse rivers, where their forefathers had lived for centuries. They embarked on the 300-mile journey westwards under conditions of extreme deprivation, carrying only what they could pack on to carts and into suitcases. Having reached the new borders of East and West Germany, they settled and made no irredentist claims to the new Poland and Czechoslovakia. Today, they and their children comprise some of the most successful people in Germany.
The same period saw massive population transfers in the Punjab and North-West Frontier territories of India, where some 16 million people crossed between the new states of Pakistan and India, and modern historians are finally coming to agreement that somewhere between one-half and three-quarters of a million people died in the appalling communal massacres that ensued. While there are severe border disputes still between the two successor countries over Kashmir, no one from the Muslim, Hindu and Sikh communities is agitating for restitution of the lands their forefathers farmed or shops they once owned in the Punjab.
Before his death in 1953, Joseph Stalin moved entire ethnic groups from one side of Eastern Europe and the USSR to the other, sometimes numbering millions. They were “relocated” to Siberia, the Crimea or Central Asia, often hundreds of miles from their homelands and under the harshest conditions. In all, forced internal migrations of the Tatars, Volga Germans, Ingush, Balkars, Karachays, Meskheta Turks and other ethnic groupings numbering some six million led to the genocidal deaths of up to 1.5 million, including 46 per cent of the Crimean Tatars. Yet there are no appreciable irredentist movements among these former Soviet citizens; they have made the best of their new situations rather than carrying on an ultimately hopeless struggle to return.
Tragically, it has been the Arab states’ cynical policy for over seven decades to keep the Palestinians boiling with indignation. For those Palestinians who have continued to live in refugee camps even into the fourth generation, 1948 was indeed a catastrophe, but many other peoples have learned to deal with the same or worse by moving onward and upward. The State of Israel is here to stay, and until the Palestinians are able to accommodate themselves to that fact, they will never find happiness
Andrew Roberts is the author of ‘Churchill: Walking with Destiny’