The Deal with Iran: One Year of Deceit 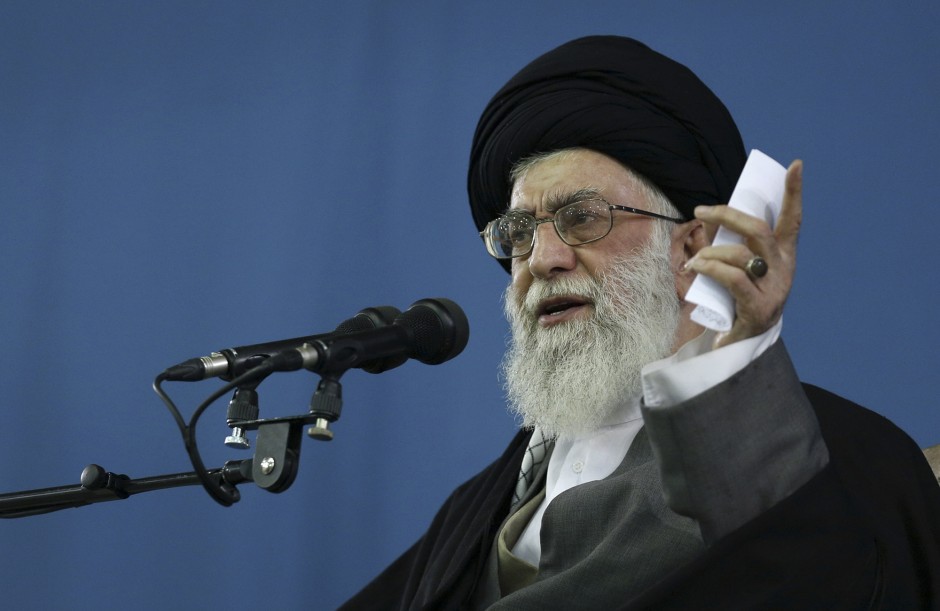 Those of us who were strongly opposed to an agreement we felt it was so bad for Western interests, peace in the region, and international stability as to prefer it not signed at all, we have all seen our arguments strengthened in this first year of the deal going by the acronym JCPOA.

This week marks the first anniversary of the signing of the agreement with Iran regarding its nuclear program. Its proponents, including the European Union’s super foreign minister, Federica Mogherini, have expressed their satisfaction with what has been achieved in recent months – with the exception of Spain’s Margallo, who has not said a word so far. Unfortunately, that optimistic rhetoric has nothing to do with reality, though.

Those of us who were strongly opposed to an agreement we felt it was so bad for Western interests, peace in the region, and international stability as to prefer it not signed at all, we have all seen our arguments strengthened in this first year of the deal going by the acronym JCPOA.

First, we can stand firm about denouncing the agreement as illegitimate. Not only did the White House conceal the administration’s continuous concessions to Iran in order to gain the ayatollahs’ acquiescence, but we know now from Ben Rhodes, the main advisor to President Obama, that the White House concocted a positive sales pitch for the content of the agreement. In fact, it had nothing to do with the real negotiations and the White House even used NGOs, think tanks, and journalists as vehicles to spread its falsehoods. There are already members of the U.S. Congress demanding an official investigation into this matter.

The truth is that, according to the American negotiators, all the red lines were crossed one after the other: Regarding the duration of the agreement, the inspections, the possibility of modernizing the nuclear infrastructure under the JCPOA, the connection of the nuclear program with other related activities, such as missile operations. That is the rationale behind the disinformation campaign and Obama’s refusal to debate and have Congress voting about the language – an unprecedented violation of the Senate’s advice and consent role in the signing and ratification of international agreements.

Second, we still say that the agreement does not prevent Iran from advancing its nuclear program – quite the opposite. Not only does the JCPOA allow, as denounced a year ago, the continuation of uranium enrichment and the route to plutonium, but, according to the German domestic intelligence agency’s annual report, Iran has continued with its clandestine activities to acquire vital components for a nuclear weapon. At least on half a dozen occasions, Iranian agents tried to seize technology of German companies in recent months. According to this official report, one must assume that Iran’s efforts to clandestinely acquire what it is forbidden by the agreement will continue.

JCPOA advocates say Iran is today further from the bomb than a year ago, but the reality is that, under this bad deal, Iran has successfully shorten the time needed to make a bomb once it decides to do it. Obama was right about one thing last year: At the end of the agreement, in 15 years, Iran will have shortened the time to zero. The problem is that Iran will not need all that time to reach that capacity. Far from putting an end to the problem, the JCPOA internationally paves the way to the Iranian nuclear arsenal.

Third, last year we criticized the Obama administration’s blindness (and its allied followers) for decoupling the Iranian nuclear program from other military programs, such as its missile program, and its destabilizing role in the region, as well as the support Iran offers to terrorist groups with global reach. In the last twelve months, far from seeing the normalization of Iran’s behavior, the country has become more aggressive. A few days after signing the agreement, Iran orchestrated a series of missile tests that, for many, violated both the spirit and the letter of the agreement. There has not been a slowdown in its hegemonic ambitions in the region, either. There are Iranian troops in Iraq and Syria, fighting against the Islamic State, but supporting Syria’s Bashar al-Assad and the pro-Iranian government in Baghdad. Iran also has proxies fighting in Yemen, not only against the government of that country but, in fact, against its biggest rival, Saudi Arabia. Iran also continues lending support with money, advisors, and weapons to terrorist groups such as Hezbollah in Lebanon, Hamas and Islamic Jihad in Gaza, among others.

Moreover, far from encouraging Iran’s “normal” behavior with the shower of millions of dollars that the JCPOA allows to reach the hands of the ayatollahs, it feeds its ability to interfere directly and indirectly in the regional and global stages. Obama’s hope that the financial assistance would moderate the regime has proved false – as false as all his lies about the agreement itself.

A year later, Mogherini can show her satisfaction on social networks in the absence of something real and practical to sell to that bureaucratic monster, the EU, which is a Tower of Babel in progressive decay. Obama can also display his content. At the end of the day, what he has done is just to pass the problem on to the next president – and to all of us. A year later, everything is much worse than what he said, much worse than it should actually be.