Nice: The West Must Remain Strong and United 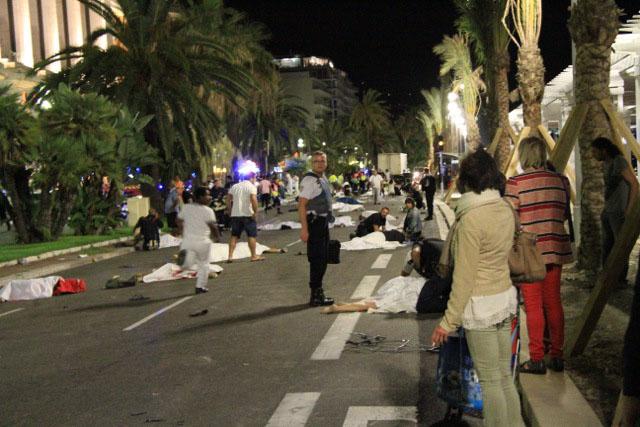 The West is under the threat of Jihadism, an enemy who will not stop to destroy us, and it is now the time to remain strong and united.

From the Friends of Israel Initiative, we strongly condemn these savage terrorist attacks and we express our sincere condolences to the families of the victims and to the French people.

Once again, the Islamism has committed an indiscriminate terrorist attack against innocent civilians. And once again we have recognized an evil threat that has been hitting Europe in recent years -and Israel for decades.

Certainly, the modus operandi used by the Islamist terrorists to perpetrate a brutal killing in Nice is the same used by Palestinian terrorists to murder Israeli civilians in Jerusalem or Tel Aviv: car-ramming attacks and massive shootings. This arises because the Jihadism strikes countries and societies that hold democracy and freedom, without any kind of justification. As we have strongly claimed, the West must not forget on which side is and who are its allies in the defense of its values.

The West is under the threat of Jihadism, an enemy who will not stop to destroy us, and it is now the time to remain strong and united. As French Prime Minister Manuel Valls has stated, "France will not give in to the terrorist threat. France will live in freedom and fight against terrorism." Moreover, Paris, Brussels, Copenhagen, Istanbul, etc, and now Nice are major attacks that indicate us that our strategy must be rethought. Free nations should look at Israel, which is a bulwark that has been fighting for decades in this infamous war. In this regard, Israel has proven to be a key ally in the fight against Islamism and also an example of how a liberal democracy can resist the stake and thrive as a Western nation. Free nations must be decisive, and must apply new methods and techniques in the home front and abroad, supported by strong political convictions on our worth defending way of life.

Issues such as public policies regarding the refugee crisis, surveillance measures for citizens recruited by jihadist groups, home front approaches to avoid future attacks, and a reconfiguration of warfare against non-conventional forces, among others, have to be debated and thus redesigned in order to achieve a secure future for the West.

In Nice we have again witnessed the horror that the West faces. Only standing together, and supporting our values, this tyranny will be defeated.