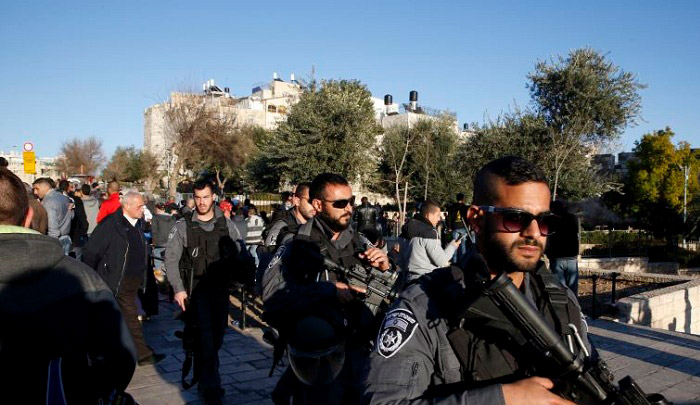 Israel's expertise will help save European lives and act as a welcome guide in navigating the difficult moral, legal and tactical terrain ahead

With the assault on Mosul into its eleventh day and an attack by the US and its allies on Raqqa imminent, Britain is locked in conflict abroad with an enemy that directly threatens our home front.

The assessment of the security services is that even if the Caliphate of the Islamic State of Iraq and the Levant (Isil) were defeated, we will be at significant risk from Islamist terrorism at home as its fighters disperse and focus on external operations against our and other democratic nations. Following multiple deadly attacks, European cities are already on high alert and authorities everywhere are stretched to respond to the scale of the threat.

Citizens across the continent are asking legitimate questions over their safety as well as how to sustain our societies’ liberal and democratic values in the face of this brutal menace. To prevail, we must be united, realistic about the deadly threat we confront, and tactically astute in how we mitigate and eventually defeat its modus operandi of indiscriminate, maximum casualty attacks.

We must also cooperate closely with those who share our values and can help us build our capabilities. One country fits this bill better than most - no democratic nation has endured Islamist terrorism to the extent that Israel has.

Given the slanders against Israel - which emanate not least from the same Islamist propagandists residing here in the United Kingdom who hate the West and this country also - it is perhaps surprising to some that we found Israel to be a beacon of hope in this fight on a recent fact-finding visit.

Joined by political and law enforcement leaders from other democratic nations, including counterparts from the FBI, Australian National Police and other international forces, our aim was to examine Israel’s counter-terrorism strategies more closely and draw lessons for how our own countries can confront the escalating terror threat.

Terrorism against innocent civilians has been a constant feature of Israel’s experience, even prior to its statehood. During previous waves of terrorism, Israeli civilians were blown to pieces in public buses and shopping centres on a daily basis. More recently, Israel had been facing a wave of multiple daily small-scale attacks utilising knifes, axes or other readily available implements, as well as car-rammings. As such, it has learnt from bitter experience and become extraordinarily resilient, coping with stresses until recently unimaginable to European policymakers, while flourishing as an economically successful democratic nation.

Four preliminary findings from our forthcoming comprehensive report are worth noting:

First, Israel’s intelligence prowess is not only a major factor in its successful fight against Islamist terror, but as an ally to the UK and other democracies it has and will continue to save lives here in Europe. Britain is better placed than some of our European allies, enjoying outstanding intelligence capabilities already, but resources are still stretched.

Intelligence must remain a priority for investment. Furthermore, Israel’s governance of the interagency process, so crucial to success, appears to offer a model with strong political and judicial oversight relevant to other democracies.

This leads to the second point, about the legal governance of the fight against Islamist terror. In seeking to improve and consolidate its relevant legislation, our democracy has already resolved to emulate Israel to an extent in bringing more legally mandated judicial oversight to intelligence activity that cannot be conducted on the basis of open evidence. Judicial oversight, free from political interference and with full access to all relevant information, is an essential part of mitigating the problems that democracies now face in conducting a defence against an enemy that ruthlessly exploits the very freedoms our generous political and social systems afford our citizens.

Third, resilience remains crucial. Here too Britain is already well placed, both a thought leader on relevant concepts as well as enjoying a healthy industrial base. Yet once we are past the hardening of soft targets - bollards at the entrance to train stations - we must ask searching questions over whether we are sufficiently protected. As such, the recent formation of special armed squads intended to deal with a Mumbai or Paris-style roving attack in London is a step in the right direction.

However, we were struck at Israel's concept of expecting anyone in the vicinity of an incident, whether soldier, policeman, security guard, or even an armed civilian, to move immediately to its location and do what necessary without waiting for orders from above. This approach, in particular where it comes to the private security sector, where Israel sets rigorous training standards, has the benefit of allowing limited security resources to cover a very wide area.

However, resilience above all means the ability to overcome and return to normality. We were impressed with stipulations in Israeli emergency response - truly road tested in the most horrific manner - that focus on both achieving this in the immediate vicinity of an attack within a few mere hours, and ensuring that no other part of national civic life is unnecessarily affected. Contrast this with several major European cities having been in complete lockdown over the summer.