Israel, NATO, and the Disintegration of the Middle East 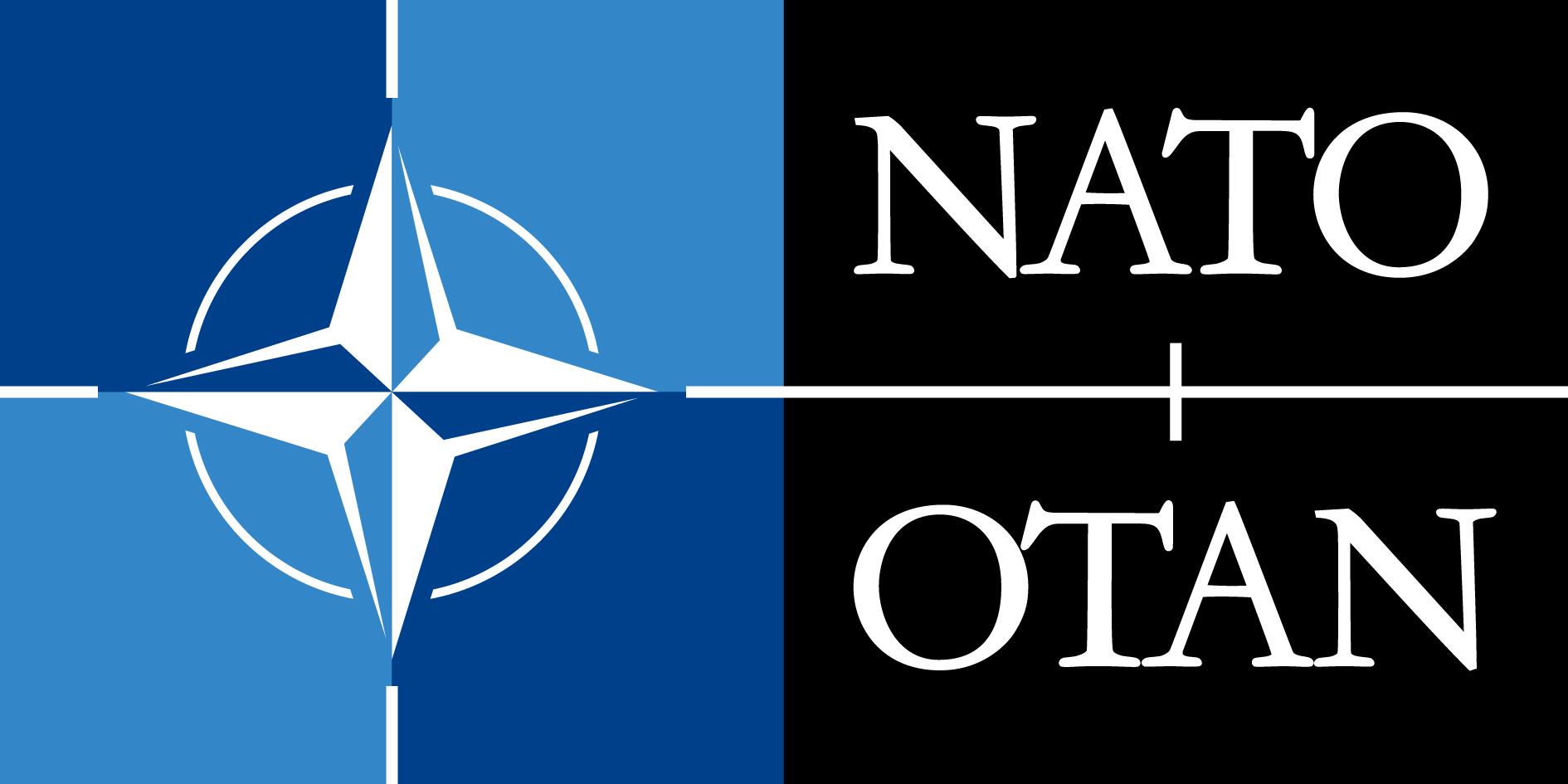 NATO has failed (and sometimes not wanted) to put to better use its bilateral relations with Israel. I fear that Israeli authorities have been too preoccupied with other more pressing matters ? until now.

On May 3, NATO issued a press release announcing that the organization had accepted Israel’s request to establish a permanent mission at NATO headquarters in Brussels. It was a brief note for the organization, but a big step for Western security.

In 2005 I had the privilege to lead and contribute, together with my colleagues at GEES, to a report commissioned and published by FAES titled: NATO: An Alliance for Freedom. The basic tenets were a call for the Alliance to eliminate from its charter the geographic boundaries restricting its operations and to really become a global organization. Besides, that the organization should seriously consider as its core mission the fight or war against jihadism; and as the armed summary and representation of the West’s essential values, it should incorporate into its ranks nations such as Israel, Australia, and Japan, in addition to seeking strategic partnerships with India and Colombia.

The report was presented by Spain’s former prime minister José María Aznar at NATO and also to civilian and military authorities in several European capitals, as well as in Washington, Israel, and Australia, attracting great interest, for example, in the Bush administration where then secretary of State Condoleezza Rice, became a strong advocate of much of its content.

In one public appearance in Washington DC, the presenter described me as “the father of global NATO," which was far from accurate, but that fit well with an organization in search of becoming anew. If the report argued about the need to operate without borders, it was because the emphasis was on the fight against a global enemy – jihadist terrorism. Since the charter geographically constrains its operations, the proposal to go beyond these limits was because, for us, the West was no longer a geographical notion linked to the North Atlantic, but a matter of common values and interests. In the case of Israel, it had twice the appeal. Israel was not only the cradle of our civilization, a country exhibiting day by day signs of Western identity, but, at the same time, it was the only liberal democracy in the entire region. Moreover, Israel’s experience in the fight against terrorism could be a huge contribution to the collective security of all the allies.

It was not a struggle-free endeavor, but NATO ultimately incorporated terrorism as a strategic issue to be taken into consideration. To be honest, the organization did not get to experience it and never felt comfortable in this area. The serious crisis of its actions in Afghanistan; different opinions on what to do in the Middle East (particularly in Iraq); the comfort of traditional peacekeeping missions or other tasks, such as the anti-piracy mission in the Horn of Africa; or the classic bombing missions, as in Libya, gradually crowded out of the NATO agenda the jihadist threat. One must also recognize that with dwindling defense budgets NATO had little appetite to take on new missions.

That is why NATO was very comfortable with keeping a more virtual, fictional than real Mediterranean dialogue, which served as framework for its relationship with Israel. Given that this dialogue was producing very little results due to its nature and structure, Israel continued trying to advance bilateral relationships with the Alliance, until it could sign a technical cooperation agreement. In fact, in 2006, NATO and Israel signed a bilateral framework agreement, the Individual Cooperation Program to be developed by sectors. Then foreign minister, Tsipi Livni, was even invited to take part in a ministerial council of the Alliance in December 2008. As NATO’s secretary general, Jaap de Hoop Scheffer, said in his welcome to the minister; "The agreement is a practical expression of the values and responsibility shared by the free nations to preserve world security; it signifies genuine recognition of Israel’s special contribution to the international fight against extremism."

However, NATO has failed (and sometimes not wanted) to put to better use its bilateral relations with Israel. I fear that Israeli authorities have been too preoccupied with other more pressing matters – until now.

Why is it more important today that NATO and Israel strengthen their relationship? For starters, the strategic situation is entirely different and its evolution has gotten worse in recent years. It is not only that the Middle East is in crisis, but it is also immersed in a phase of chaos and violence with many more years ahead before the region can phase out of it.

On the one hand, it is the presence of radical forces in the Sunni world, whose best-known representative today certainly is the Islamic State, but one must not overlook other groups such as Hamas and, above all, al-Qaeda affiliates such as the al-Nusra Front in Syria, al-Qaeda in Yemen (AQY), or al-Qaeda in the Maghreb (AQIM). The elimination of bin Laden has not yielded the disappearance of al-Qaeda Central (AQC) or its subsidiaries.

On the other hand, it is the Shiite forces, protected by Iran. When there is no direct presence of Iranian forces, as it happens in Syria, there are in-between groups following Tehran’s orders, such as Hezbollah, or the Houthi in Yemen.

Moreover, the prominence being now enjoyed by the Islamic Republic of Iran, after reaping the benefits achieved due to the signature of the agreement regarding its nuclear program, is altering the region’s map of power in a dramatic and accelerated fashion. Saudi Arabia has detached from American politics and is now presenting a front of resistance to Iranian hegemonic ambitions there when any opportunity arises. The public discussion about diplomatic rapprochement between the Gulf countries and Israel now is not by chance nor is it trivial. All parties feel betrayed by Obama’s America and everyone sees in Iran an existential enemy. NATO, that maintains a nascent dialog with the Gulf Cooperation Council’s member countries, cannot ignore this emerging reality.

Lastly, it is Turkey – a full member of the Atlantic Alliance. Turkey has vetoed in recent years any possibility of rapprochement between the organization and Israel, including preventing to carry out joint maneuvers in the eastern Mediterranean. All this happens while Erdogan’s Turkey has continued to cast doubts on its reliability as a NATO partner. Erdogan’s commitment to the Islamization of his country, his campaign of repression against the media, the many purges of military ranks that not adhere to his orientation, his attempts to play a more relevant role in the Arab world – everything here has been a source of suspicion for Brussels. Turkey must not, cannot, put the brakes on a rapprochement immensely valuable for all of us.

In July 2008, I had the opportunity to testify before the U.S. House Subcommittee on the Middle East, precisely about relations between Israel and the NATO Alliance. My thesis, in which I still believe, is that there is no substitute for Israel’s full NATO membership. Any other alternative will not deliver the advantages and benefits of full membership. In that sense, opening a permanent delegation is important; however, I do not think it is enough.

Nonetheless, it may mean that the allies will put greater attention to the southern Mediterranean, Islamism, Iran, and everything happening in the Middle East, just at a time when the allies turn to look to the East and to re-evaluate its historic enemy, Russia, as its main headache. Without downplaying the Kremlin’s aggressive policy, I am convinced that a mistake in the Middle East may cause a "strategic Chernobyl" that no one could escape. Israel’s voice is vital to remind us of this fact.

Having Israel in NATO would also entail the extension of deterrence to the area, particularly in a moment when Obama’s America is less credible on that issue. If Iran clearly understands the cost of starting some adventurous action, perhaps it may refrain from carrying it out. Finally, counting on Israel’s experience against terrorism can translate in greater ability to confront and defeat jihadism on European soil. Because, make no mistake, today the war on terror has an external as well as an internal front – and Jerusalem knows best about this issue.

Therefore, it is a necessary step in the right direction. However, even more steps are needed. We would all end up as winners.