How to Fight Islamic Terrorism Effectively? - Learn From Israel 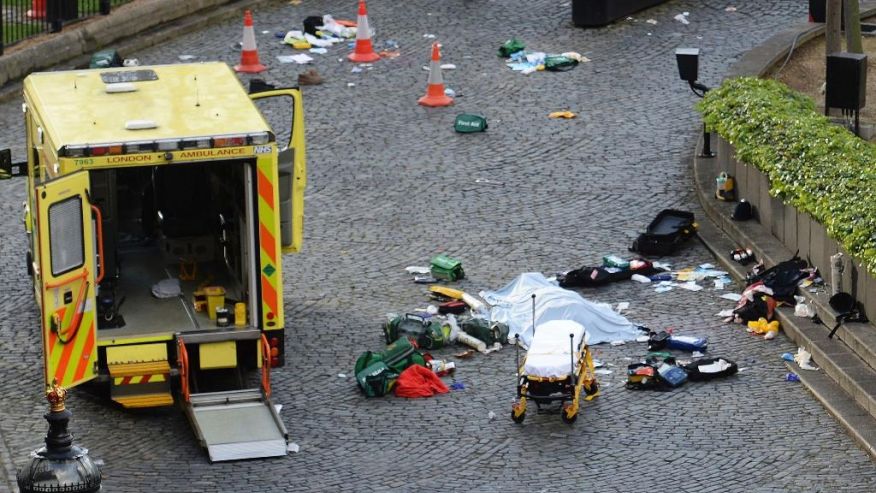 The time for decisive action has come. The alternative is to surrender to the fact that our personal destiny is in the hands of a group of jihadists, motivated and convinced that we should convert or die. Or simply die for our sins.

On January 25th, 2015, a bus driver was stabbed to death by a Palestinian terrorist who also injured several passengers before he was subdued by Israeli police; on March 6th, this time in Jerusalem, another terrorist drove his car into a group of people at a light railway stop, injuring 7 before being arrested by police officers.

A forthcoming report by the High Level Home Front Group shows that between September 13th 2015 and July 25th, 2016 there were 157 stabbing attacks and 46 vehicle ramming attacks, with dozen of deaths and hundreds of injured people in Israel. Despite this incessant carnage, the West didn’t pay too much attention.

Our perception was more attuned to car-bombings and suicide terrorist, so this kind of low-level violence was not really considered terrorism – a mistake, to our own peril, as we know now.

Newscasts and public attention in Europe tended to focus on large-scale terrorist attacks, as in Madrid in 2004, London, 2005, Paris, in January and November 2015, or Brussels in March 2016.

Yet the pattern of a new kind of Islamist terror was also brewing on our soil: In May of 2010 in London, a British MP was stabbed and seriously wounded by a female who had been inspired by Al Qaida; in May of 2013 two men who described themselves as ‘soldiers of Allah’ rammed their car into an off-duty soldier also in London and then cut him up with knives and a meat cleaver; in December of 2014, a man with a knife, shouting ‘Allahu Akbar’ attacked several police officers at a police station in Tours, France; in 2015 there were at least two stabbing attacks in France and in January 2016 the first ramming attack using a car against soldiers took place.

The first attack using a truck happened in Nice during the celebrations of July 14th.

This non-traditional small-scale terrorism was not limited to the UK and France, striking other European nations too. In Hannover, Germany, on February 26th 2016 a police officer was stabbed and seriously injured by a 15 year old girl linked to ISIS; and a truck was used to ram a Christmas market in Berlin.

Belgium, Italy and Sweden all suffered stabbings or car ramming since last year. But it took Europe a long time to wake up to the fact that Islamic terrorists can menace us in the guise of people armed with a rudimentary knife or driving a car.  Unfortunately terror is not dependent on explosives, and terrorists can use whatever they have to hand to  murder infidels and crusaders.

That was the call to arms at the end of September 2014 by the then spokesman of the Islamic State Abu Muhhamed al-Adnani: “If you can kill a disbelieving American or European – especially the spiteful and filthy French – or an Australian, or a Canadian, or any other disbeliever from the disbelievers waging war, including the citizens of the countries that entered into a coalition against the Islamic State, then rely upon Allah, and kill him in any manner or way however it may be.” A call that has been repeated since then and is being observed.

Naturally, strategically fighting Palestinian terrorists is different to fighting Islamic State or Al Qaeda terrorists, but that difference vanishes on a tactical level.  Europeans should learn from Israel’s vast experience in confronting this type of terror attack.

To this end, “run, hide and tell” is reflective of a strategic concept that likely will not amount to a strategy that will discourage further attacks or limit their damage effectively.  We will have to be more robust than this.

It is unfortunate and grossly disturbing that the current Mayor of London cannot describe the attackers of London Bridge as “Islamic terrorists”.  The still continuing state of denial of many European leaders about the link between Islamism and terrorism is at the root of a strategy to combat jihadism that falls short of what is required to preserve the safety of their citizens and the security of our societies.

This is a basic contrast with Israel where authorities and citizens have learnt the hard way who their enemies are, an essential requisite for their survival.

The second wrong assumption that we must discard as soon as possible is the idea that terrorism is like a natural phenomenon, statistically marginal, unsolvable, that essentially demands of us to find a way to live with it. But terrorism cannot be equated with the casualties from bath drownings, lightning strikes or bee stings, as some of those seeking to minimise it do.

Terror is humanly motivated, politically and religiously oriented, has goals and means. Terrorism should and can never be, in the infamous deplorable words of London Mayor Sadiq Khan “part and parcel of living in a great city”. Preparations to respond to attacks in a quick and effective manner are essential, but actions to prevent terrorism are even more significant.

Yet how can we prevent and disrupt attacks that only require commonly available tools such as knives, cars, trucks and little preparation?  First, by being more vigilant and intrusive in cyberspace and social networks. It is there that many terrorists find their inspiration, and in a some cases the know-how to develop their ability to kill.

As the Israelis have learnt, it is possible to garner intelligence of significant value even against these kinds of attackers, by intensely following events on social networks.  It follows then that major companies in this domain like Facebook or Twitter must reinforce their internal controls on what is disseminated through them.

Second, we must accept that there is a direct link between incitement against our Western values and way of life, radicalization, Islamic propaganda, recruitment, and terrorist acts. Thus, combating propaganda and the ideology behind it is paramount.

Closer control over what is said and taught in mosques is unavoidable; new laws and tougher sentences for hate speech and calls to jihad should be passed and firmly enforced as soon as possible.

Third, the conventional distinction between foreign wars and the home front must be dismantled when it comes to intelligence and the much-needed cooperation between intelligence agencies, law enforcement, and the armed forces. International cooperation on these matters between relevant agencies must also intensify further.

Fourth, while armed police officers in themselves are not enough to deter terrorist attackers, unarmed police are sitting targets. Police officers should be given arms for self-defense and for rapid intervention against terrorists.

Fifth, shoot-to-kill rules of engagement should be considered as a means to dissuade would be lone-wolf terrorist from acting. They must know they won’t survive their attack, even if this limits access to valuable intelligence.

Finally, bearing in mind the support terrorists have found in their circles and communities, and also the fact that some refugees have been involved in terrorist attacks, a policy of automatic and immediate expulsion from European soil for those directly or indirectly involved in terrorist plots and attacks should be adopted as soon as feasible.

It is easy to send condolence messages over the Internet or condemn an attack using hashtags. It is commendable, as Katy Perry suggested this week during the Manchester benefit concert, to touch the person next to you.  But none of these actions will prevent terrorist attacks, much less solve the problem.

The time for decisive action has come. The alternative is to surrender to the fact that our personal destiny is in the hands of a group of jihadists, motivated and convinced that we should convert or die. Or simply die for our sins.