Corbyn's Anti-semitism is a threat to all of us 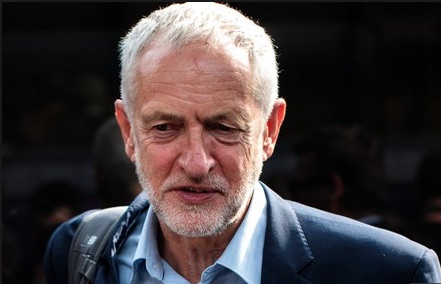 Mr Corbyn's comfort in the company of anti-Semites and other extremists whom he calls "friends" speaks for itself. While he claims to embrace such individuals in the name of "peace", it is a peace that only ever involves the enemies of the West generally and of the Jewish people specifically.

The rise in anti-Semitism across Europe should be alarming to all of us, and not just for moral reasons. History shows that the mindset which embraces anti-Semitism rarely restricts its hatred to the Jewish minority.

Today’s threats against Europe’s Jewish populations are both different and more diverse than those in the past. Far-right extremism is still with us, but now represents only one slice of the problem. Radical, jihadist Islam is now the much larger threat. However, the far-left has also become a substantial source of anti-Semitism.

Today’s hard-left exhibits a particularly pernicious form of anti-Semitism– one couched in anti-racism rhetoric to make it socially acceptable in polite company. It is not the Jews, they claim, who are uniquely evil among the nations. It just happens to be Israel, the Jewish state, that is the source of such malevolence.

And so we arrive at the sorry phenomenon that is Jeremy Corbyn – a man who lays wreaths at the graves of anti-Semitic terrorists, and then thinly papers over his actions with nonsensical hair-splitting. Mr Corbyn’s comfort in the company of anti-Semites and other extremists whom he calls “friends” speaks for itself. While he claims to embrace such individuals in the name of “peace,” it is a peace that only ever involves the enemies of the West generally and of the Jewish people specifically.

From the highest levels to the foot soldiers of Corbyn’s Momentum, not a day goes by without another vile display of anti-Semitism, darkly hinting about an omnipresent Jewish cabal, controlling the media and conspiring for their comrade-leader’s downfall. In the meantime, Mr Corbyn cannot even pretend to take the issue of anti-Semitism seriously, all the while claiming to be “a life-long anti-racist.”

The naked reality underlying Labour’s refusal to accept the full International Holocaust Remembrance Alliance (IHRA) definition of anti-Semitism is that Mr Corbyn and his allies have no intention of stopping their overt attacks on the Jewish state. Perhaps the growing political pressure will force them to do so, but either way their views are now plainly evident.

It is the far-left’s obsession with Israel that concerns us most specifically. Our organization is premised on a simple demand: a fair debate about that country, on the same terms which we extend to debates on all other countries. Today’s anti-Semitism all too often manifests itself in the singling out of Israel, depicted as a uniquely horrific place, responsible for all the ills of the Middle East, if not the world.

A fair examination would show that nothing could be further from the truth.  Israel grapples with some of the most acute challenges the West faces in defending ourselves against jihadist aggression while maintaining modern, open societies. Israel carries this burden admirably, sustained by a democratic polity and a civil judiciary that, in some instances, surpass our own practices. It does this despite having been repeatedly tested under fire in ways our own citizens would simply not tolerate.

It is time to strip away all the rhetoric and rationalizations. Mr Corbyn and his allies hate Israel uniquely and obsessively. Under his leadership, Israel – and thus any Jew daring to identify with it – will face relentless slander. He, and those who share such malignant views, must be exposed and opposed at every opportunity.

Mr Harper is the former Prime Minister of Canada and Chair of the Friends of Israel Initiative of which Lord Trimble, a Nobel Laureate and former First Minister of Northern Ireland, is a founding board member.