Brussels Terrorist Attacks: Another Chapter of this War 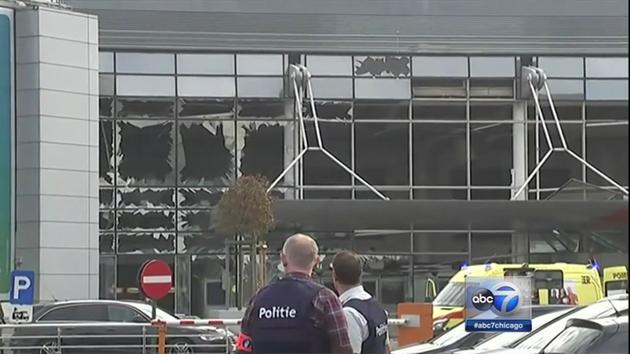 We are amid a turning moment in our history. The moment to repeat the mistakes of the past or the moment to tackle all these challenges and overcome them. It is up to us.

The Brussels terrorist attacks are another chapter in a war that we have to win. It is in our hands.

“What we feared has happened” the Belgian PM Charles Michel stated after the wave of terrorist attacks in Brussels yesterday. Terribly, it can happen again.

The terrorist modus operandi in Brussels has been the same applied in the past in Madrid, London and Paris. The Airport and the Metro are locations where citizens are passing by and are essential tools to fulfill the Western way of life: vacations, work, leisure, etc. They are crowded places where the people are more vulnerable too. The Islamist terrorists have chosen those places for these reasons, because by hurting them, their goals are achieved: murder innocent people who were practicing a forbidden life.

The French PM Manuel Valls has repeated that we are at war. This is a war against us, so we have to act accordingly.

From the Friends of Israel Initiative we have been constantly claiming that a new approach on this threat has to be undertaken. It does not only need to take an effective action in the Middle East against unconventional forces like the Islamic State, it also requires employing new policies and strategies in the home front. For example, to implement the law enforcement in those quarters where the Belgian or French Law are not applied –on the contrary, radical imams dictate the law-; to stop the routes of the illegal weapons that the terrorists are using; to update the surveillance and the control over Western citizens who go to Syria and Iraq to join IS and other similar groups; and to claim a moral compromise to defend the West as a worth living model, among others, are vital actions to carry out for our future as civilization.

Federica Mogherini has asserted tearfully that it is the time to remain together. That is true, for sure. It is also true that all kind of terrorism are unacceptable and therefore it has to be faced everywhere. In this regard, we have to remain together as well with our natural and strongest allies in this struggle: Israel. Israel stands today as an example of tenacity against Islamist terrorism; a country that has suffered since its birth this scourge and, despite that, it has never had an authoritarian regression and has flourished as a dynamic democracy with an innovative economy. In Europe and in the entire West we must learn the Israel’s example.

We are amid a turning moment in our history. The moment to repeat the mistakes of the past or the moment to tackle all these challenges and overcome them. It is up to us.

The Brussels terrorist attacks are another chapter in a war that we have to win. It is in our hands.