An historian’s point of view 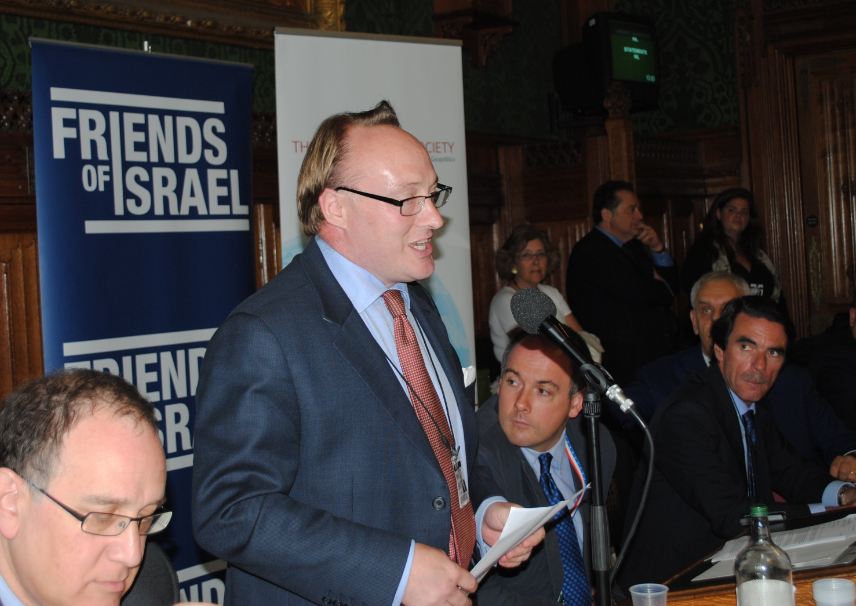 The State of Israel has packed more history into her 62 years on the planet than many other nations have in six hundred.

I would like to speak to you today as an historian, because it seems to me that the State of Israel has packed more history into her 62 years on the planet than many other nations have in six hundred. There are many surprising things about this tiny, feisty, brave nation the size of Wales, but the most astonishing is that she has survived at all. The very day after the new state was established, she was invaded by the armies of no fewer than five Arab countries, and she has been struggling for her right to life ever since. And that is what we are here for today, to reiterate Israel’s right to self-defence, inherent in all legitimate countries.

From Morocco to Afghanistan, from the Caspian Sea to Aden, the 5.25 million square miles of territory belonging to members of the Arab League is home to over 330 million people, whereas Israel covers only eight thousand square miles, and is home to seven million citizens, one-fifth of whom are Arabs. The Jews of the Holy Land are thus surrounded by hostile states 650 times their size in territory and sixty times their population, yet their last, best hope of ending two millennia of international persecution – the State of Israel - has somehow survived. When during the Second World War, the island of Malta came through three terrible years of bombardment and destruction, it was rightly awarded the George Medal for bravery: today Israel should be awarded a similar decoration for defending democracy, tolerance and Western values against a murderous onslaught that has lasted twenty times as long.

Jerusalem is the site of the Temple of Solomon and Herod. The stones of a palace erected by King David himself are even now being unearthed just outside the walls of Jerusalem. Everything that makes a nation state legitimate – bloodshed, soil tilled, two millennia of continuous residence, international agreements – argues for Israel’s right to exist, yet that is still denied by the Arab League. For many of their governments, which are rich enough to have economically solved the Palestinian refugee problem decades ago, it is useful to have Israel as a scapegoat to divert attention from the tyranny, failure and corruption of their own regimes.

The tragic truth is that it suits Arab states very well to have the Palestinians endure permanent refugee status, and whenever Israel puts forward workable solutions they have been stymied by those whose interests put the destruction of Israel before the genuine well-being of the Palestinians. Both King Abdullah I of Jordan and Anwar Sadat of Egypt were assassinated when they attempted to come to some kind of accommodation with a country that most sane people now accept is not going away.

‘We owe to the Jews,’ wrote Winston Churchill in 1920, ‘a system of ethics which, even if it were entirely separated from the supernatural, would be incomparably the most precious possession of mankind, worth in fact the fruits of all wisdom and learning put together.’

The Jewish contribution to finance, science, the arts, academia, commerce and industry, literature, philanthropy and politics has been astonishing relative to their tiny numbers. Although they make up less than half of one per-cent of the world’s population, between 1901 and 1950 Jews won 14 percent of all the Nobel Prizes awarded for Literature and Science, and between 1951 and 2000 Jews won 32 percent of the Nobel Prizes for Medicine, 32 percent for Physics, 39 percent for Economics and 29 percent for Science. This, despite so many of their greatest intellects dying in the gas chambers. Civilization owes Judaism a debt it can never repay, and support for the right of a Jewish homeland to exist is the bare minimum we can provide. Yet we tend to treat Israel like a leper on the international scene, merely for defending herself, and threatening her with academic boycotts if she builds a separation wall that has so far reduced suicide bombings by 95 percent over three years. It is a disgrace that no senior member of the Royal Family has ever undertaken an official visit to Israel, as though the country is still in quarantine after more than six decades.

Her Majesty the Queen has been on the throne for 57 years and in that time has undertaken 250 official visits to 129 countries, yet has not yet set foot in Israel. She has visited 14 Arab countries, so it cannot have been that she wasn’t in the region. Although Prince Philip’s mother Princess Alice is buried on the Mount of Olives because of her status as Righteous Among Gentiles, the Foreign Office ordained that his visit to his mother’s grave in 1994 had to be in a private capacity only. Royal visits are one of the ways legitimacy is conferred on nations, and the Coalition Government should end the Foreign Office’s de facto boycott.

After the Holocaust, the Jewish people recognised that they must have their own state, a homeland where they could forever be safe from a repetition of such horrors. Putting their trust in Western Civilisation was never again going to be enough. Since then, Israel has had to fight no fewer than five major wars for her very existence. She has been on the front line in the War against Terror and has been fighting the West’s battles for it, decades before 9/11 or 7/7 ever happened. Radical Islam is never going to accept the concept of an Israeli State, so the struggle is likely to continue for another sixty years, but the Jews know that that is less dangerous than entrusting their security to anyone else.

Very often in Britain, especially when faced with the overwhelmingly anti-Israeli bias that is endemic in our liberal media and the BBC, we fail to ask ourselves what we would have done placed in their position? The population of the United Kingdom of 63 million is nine times that of Israel. In July 2006, to take one example at random, Hizbollah crossed the border of Lebanon into Israel and killed eight patrolmen and kidnapped two others, and that summer fired four thousand Katyusha rockets into Israel which killed a further forty-three civilians.

Now, if we multiply those numbers by nine to get the British equivalent, just imagine what we would do if a terrorist organization based as close as Calais were to fire thirty-six thousand rockets into Sussex and Kent, killing 387 British civilians, after killing seventy-two British servicemen in an ambush and capturing eighteen. There is absolutely no lengths to which our Government would not go to protect British subjects under those circumstances, and quite right too. Why should Israel be expected to behave any differently?

In the course of researching my latest book on the Second World War, I recently visited Auschwitz-Birkenau. Walking along a line of huts and the railway siding where their forebears had been worked and starved and beaten and frozen and gassed to death, were a group of Jewish schoolchildren, one of whom was carrying over his shoulder the Israeli flag, a blue star of David on white background.

It was a profoundly moving sight, for it was the sovereign independence represented by that flag which guarantees that the obscenity of genocide – which killed six million people in Auschwitz and camps like it - will never again befall the Jewish people, to whom the rest of Civilisation owes so much. I said at the start that I was speaking to you as an historian, and so I say: No people in History have needed the right to self-defence and legitimacy more than the Jews of Israel, and that is what we in the Friends of Israel Initiative demand here today.

Andrew Roberts’ acclaimed book, The Storm of War: A New History of the Second World War, came out in paperback in April, 2010