On April 3 a Friends of Israel Initiative delegation presented to the United Nations Secretary General an array of recomendations to rebalance the treatment to Israel in the UN, and offered its help to achieve this goal. 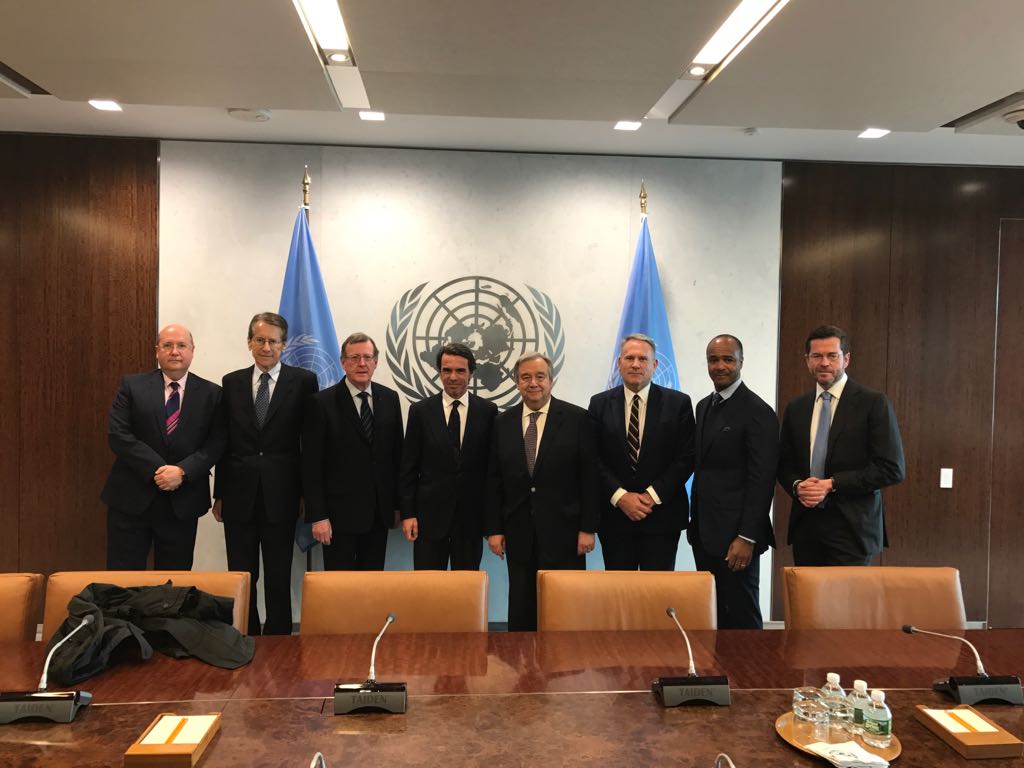 The FOII's delegation presented Guterres an array of recommendations to stop and prevent the anti-Israel bias in several UN bodies, and to offer him the FOII’s help to reach a fair and just treatment to Israel in the UN.

Among other recommendations, FOII’s delegation suggested Guterres to review the election system in the UN Human Rights Council (UNHRC) in order to prevent human right abusers to kidnap the body, or to act firmly if one member state call for the destruction of Israel. The FOII’s delegation emphasized also the depth of the problem, which affects not only Israel as the sole democracy in the Middle East, but also the whole UN. In this regard, the recommendations highlighted that the obsession and double-standard with Israel is undermining the prospects for peace in the Middle East and the prestige of the UN and valuable resources to confront other top challenges of the organization.

Guterres thanked FOII’s delegation for the offered aid, and pointed out that he will try to curb this alarming trend as far as his jurisdiction would allow. Guterres also expressed his conviction to achieve a fair and equal treatment to Israel in several UN bodies and to rebalance the situation; nevertheless, his power is curtailed in those bodies and agencies.

Once again FOII has demonstrated its high-level compromise with the support of the State of Israel in the international arena.