Brussels Presentation of our landmark report: "Fighting Terror Effectively: An Assessment of Israel Experience on the Home Front"

On June 28, 2017 a delegation of the High Level Home Front Group visited Brussels to present the findings of its landmark report into the relevance of Israel's experience in helping other democratic nations fight terrorism. 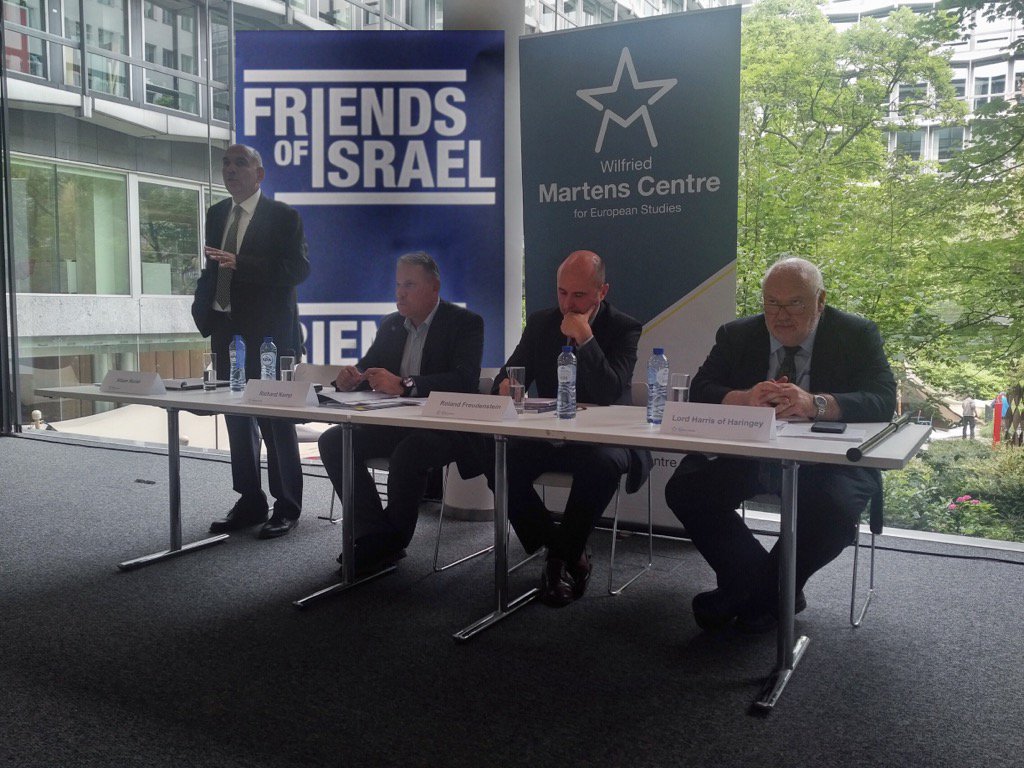 On June 28, 2017 a delegation of the High Level Home Front Group - a programme of the Friends of Israel Initiative made up of key domestic security leaders from Western countries - visited Brussels to present the findings of its landmark report into the relevance of Israel’s experience in helping other democratic nations fight terrorism.  “Fighting Terror Effectively: An Assessment of Israel’s Experience on the Home Front” (download it here) is a study conducted by top Homeland Security leaders - including top Counter-Terrorism officials from the U.S., UK, Australia, Spain and several other Western nations, into how Israel has built a uniquely effective apparatus to prevent and respond to domestic terror, honed by decades of bitter experience.

The Friends of Israel Initiative partnered with the Wilfred Martens Centre for European Studies - a leading Brussels think tank tied to the largest political grouping in the European Parliament - for a series of events with the intended target audience from the EU policy-making field.

A public discussion saw around 80 guests from the political, policy and media worlds hear the delegation discuss its insights from the Israeli experience and offer stark words for Europe.  Notable were not only the very different climate - one of the panel’s messages of the EU maligning Israel and considering it to have ‘brought it on itself’ only to be caught requiring its expertise when it became clear that Islamist terror is the same in Brussels and in Paris as in Tel Aviv and Haifa - was not lost on the audience - but also the sentiment expressed by several of the participants that “we don’t like to hear this but we need to hear it more often” in response to some of the starker assessments of Europe’s predicament the panel offered.

FOII’s role however is to provide solutions on the basis of a strong alliance with Israel, and the opportunity to draw on its expertise more deeply was offered at a private dinner attended by a host of senior decision-makers, including the Deputy Director of the EU’s Counter-Terrorism Office, the Deputy Chair of the European People’s Party and the top Counter Terrorism Adviser to Belgium’s police, as well as leading members of the Brussels policy community working on relevant issues.

Universally, participants acknowledged the importance and high quality of the work - and the scale of the challenge they face.  Though there is a long way to go, the experience suggests that Brussels is finally waking up to the important role Israel’s insights can play in helping protect other democracies.  The best examples were mentioned during the panel - not only was Brussels airport a mess for six months after the attacks there until Israel was asked to help secure it while making it more efficient - but the EU’s Counter Terrorism Chief De Kerchove spent several days in Israel recently following our Brussels visit to deepen cooperation and continue to benefit from Israel’s insights.